Roy Harlow: Has the human race got ahead of itself with Artificial Intelligence - AI? 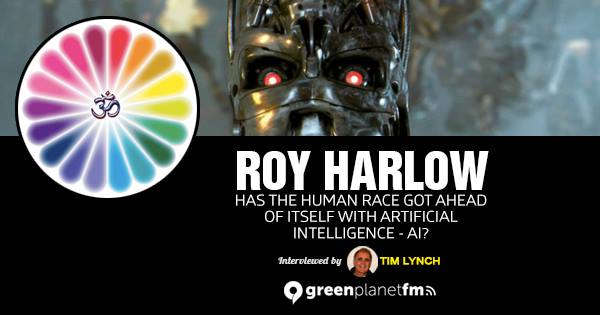 Whilst we, somewhat complacent, especially in the so called developed Western world, indulge ourselves in multiple distractions, Roy lays it out. That
AI is virtually ubiquitous and is silently in the background data mining and collating our every move.

The concerning thing is that above the seemingly isolated corporations, charging you for your power, telephone and internet, your downloads, mortgage,
rent and rates, plus groceries, and the credit card & EFTpos, banking chatter - of travel, hotels, bottle store, petrol and ‘incidentals’ -
what is the ‘super computer’ above all this, beyond Google and the NSA - that’s tapping into it all - into a vast planetary omnipresent - database?

Roy nails it - as we have not been in the loop as to what the corporations have been doing with their technology - especially the Alphabets, plus the
British, Chinese, Indians and the Russians. Computers working in networks for the benefit of the business’s has been doing us well - however, when
we give computers autonomy and they are programmed to take care of their own agenda - where will this lead to?

With the advent of algorithms and high speed super computing, the Americans have now jumped back into the lead over the Chinese - with computations
of ‘mega billions’ a second - when independent machines can learn to self repair and more.

Registering globalvolume of calls, clicks and connections - networking on a global scale of all applications linking to a supergrid - the over intelligence
- over the top of human knowing - is on its way.

We here at GreenplanetFM.com have made a huge effort to get you this information, however we do not have the manpower or the finance to transcribe
this all for you. We urge you to just listen for 10 minutes - after that you will realise that you need to listen to it all and catch up on what
you are missing.

Do the goals of the computers have the same goals as humans? This is where the challenge appears.

Note, that we do not know who to trust anymore because the economic machine is now too big to stop.

Look at where they are at in America.

Has the nation become stronger as a result of handing over individual power to an ‘outside authority?’

Chris Hedges The New York Times best-seller; Wages of Rebellion: The
Moral Imperative of Revolt(2015); and his most recent America: The Farewell Tour(2018).

The imperative dear reader is to take the red pill and listen to this show. One of the best!