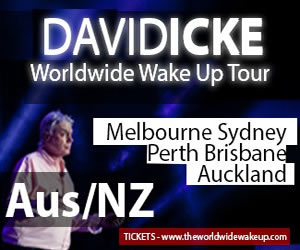 David has a very interesting take of what’s happening today and even though we have been warned to participate more fully in our democracy, we have let our politicians essentially, run away with their own agenda. For instance, increasing their own pay packets regularly, and on many levels, basically dispensing with their commitment to being ‘our servants’ to act for the public good.

Note that, when we visit the book - 1984, we read that a totalitarian regime reigns by fear, using mass surveillance and the media to impose its authority
on the populace. Those who step out of line risk having their existences erased. Rebellion is quelled by force.

Then we compare it to Brave New World, mass surveillance is unnecessary - rather, people are controlled by their desires; promiscuity is encouraged, people
are given endless supplies of narcotics, and there’s entertainment galore. There’s no force to quell a rebellion, because one could never happen. The
populace has become comfortably numb.

This then leads to the study of the hybridisation of the above two scenarios, where today, the controllers, bankers and their world wide security apparatus
at the top of the pyramid - continue to cast their spell. They are doing this by feverishly working 24/7 to consolidate their power with ‘treaties’
and ‘acts’ pushed through under urgency - in many cases in secret without the knowledge of the masses, as they accelerate the neoliberal economic programme
- in lockstep with the neocon agenda - coupled with the military industrial complex - to secure a One World Government.

So in this interview David decodes the psychological and mental processes that influences our behaviours in particular how we have been subtly programmed
for decades and before that - to not now - question anything - especially consensus reality! That with the advent of electronic mass media, and mesmerising
sound bites, plus mobile technology - and the titillation of stardom, glamour and celebrity, we are being constantly steered away from thinking deeply
about issues. Specifically, negating the values and virtues we were once imbued with, many, generations and decades ago.

We have instead become engrossed and distracted in minutiae at the expense of the big picture.

So this lucid exchange, explains how we have become entangled in this spell, as well as awakening us to the real possibility of breaking this increasing
mass psychosis and again reclaiming our humanity, our respective countries and our planet, especially for the future of our children and grandchildren.

This interview covers a diverse number of subjects and went for nearly 90 minutes. We will post the video of the full skype recording shortly, but this
one hour interview will give you a warm taster.

In this particular interview David covers:

The nature of reality and the quantum field.

He then says that when we acknowledge that we are “Infinite awareness, all that is, has been and ever can be - and that ‘we’ are all possibility” - a subtle, but substantial shift happens.

That every human has this potential - meaning you and I and everyone else.

This leads us to get beyond the onion skins - of the programming. It’s about “connecting the dots.”

That we live within a holographic universe - that our world is also and it is also illusionary. religion and the paranormal.

Once humans open up to expand their awareness - it will be so great that it will out-picture the status quo, including the limitations of the shadow as
we become able to expose that which has been recently closing in around us.

Banking and politics, are lockstep together.

Trans-humanism and this insidious and deceptive programming of turning humans into robots, with silicon chip consciousness. (He just touches on this).

Unless we awaken to our true-self and go beyond the program - nothing is going to change, especially for the better.

Decoding that our planet at another level is holographic - and that our planet is a vast swirling information field. As are all the planets and constellations
in this quadrant of the galaxy.

Vibrations and how to be able to decode and access the many levels so as to understand, sound, sight, touch, smell and taste. That everything is information
and how we can interpret and decipher this information - intuitively - spontaneously.

Plant intelligence and that there are many instances of people recording and measuring their responses, that we can have relationships on many levels.
With animals too.

Pain relieving techniques that cut of the senses from an area in the body that is in pain. There are hospitals now doing this.

A global agenda for controlling the human race.

The minds of many just do not want to see things in the future - especially if it’s going to be perceived as difficult. Denial and negativity - certain
people do not want to face reality.

A powerful piece on what is negativity and perceptions of why is it that people only want to see the easy and good things of life?

So the clever way is to manipulate people’s reality and ’tell them what they want to hear and read.’ Yes it’s true - ‘NZ is still very Clean and Green’
so, don’t be put off by a few radical hippy, greenies pointing out the data from scientific research!

This is becoming more and more pronounced here in NZ, as no matter how many untruths emanate from the present government, supporters will continue to believe
their elected representative, because the unvarnished truth will erode their version of reality. So they avoid and deny this reality, to the long term
detriment to society and our value system and our children’s future.

This is particularly relevant with the super secret global trade deals that are being enforced on us.

David clarifies what is happening regarding: The TPPA, the Trans Pacific Partnership Agreement and the TTIP, The Transatlantic Trade and Investment Partnership
having different names but are one interlocking deal, like giant jigsaw pieces that slot together, that will clamp and lock all countries into a new
world order of trade - run by corporations. Including the (CETA) The Canada and European Union (EU) Comprehensive Economic and Trade Agreement. These
are all not people friendly and we have to wake up to what’s in our future.

Plus much other subject matter from 911 to Geo-engineering. This will soon be on the GreenplanetFM.com web site as an MP4 video - unedited.

David Icke will be in NZ on August the 6th at the Logan Campbell centre in One Tree Hill Auckland. from 10 am to 10 pm - to download what is happening.